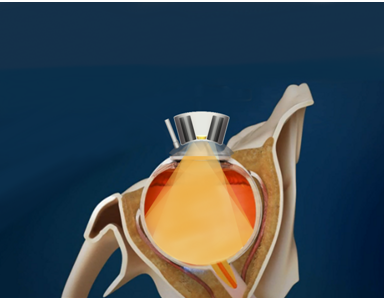 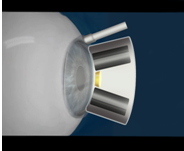 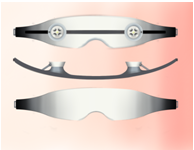 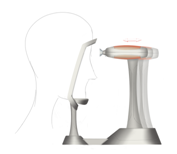 Significant Unmet Clinical Need:
A problem with diagnosing diabetic retinopathy is that it typically begins at the periphery of the retina, which is difficult to see, and then works its way towards the center of the retina, at which point it can be too late and blindness can set in.  Physicians often use microscope-like devices with or without an attached camera that have a fixed field of view (typically between 20-50 degrees) to try to diagnose diabetic retinopathy.
However, such examination sometimes does not reveal signs of retinopathy present at the periphery of the retina because of the limited field of view.  In order to see the periphery of the retina, it is desirable to increase the field of view when diagnosing retinopathy.
In addition, dilating the pupils of diabetic patients is considered risky, because the dilated pupil may not properly constrict and resume normal function afterward.  This exacerbates the problem because it is harder to look through a 2 mm pupil than a dilated one. The normal pupil size in adults varies from 2 to 4 mm in diameter in bright light to 4 to 8 mm in the dark.
There is a need for a simpler and more affordable device and method that allows for a simplified but accurate imaging of a person’s retina to detect symptoms of diabetic retinopathy.
Videos
(c) 2017 RetinalGeniX Technologies, Inc.
Back to Top